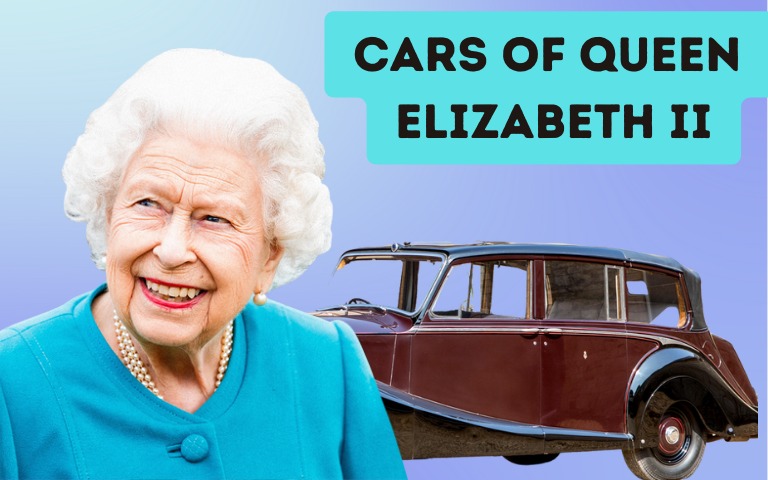 Queen Elizabeth II passed away a few weeks back at Balmoral castle at the age of 96.Even though she has left this world, she also left a lot of memories. Queen has left many cars too, lets look at the Iconic car collection of Queen Elizabeth II.

Though Queen was usually chauffeured around town but she had a deep connection with Land Rovers. It is said that Queen was always inclined towards British off roaders. Her most favorite Land Rover of all times was 2022 Land Rover Defender 110 TD5. Queen had also used a convertible Land Rover in the past during military exercises and national days.

You may also like to read : Atlas Honda History In Pakistan

Other than the British off roaders, Queen also had a fleet of iconic British luxury sedans. The collection included Rolls Royce, Bentley, Jaguar and Austin Martin. The Bentley state limo was Queen’s most favorite car to be chauffeured around. This vehicle was gifted to Queen on 50th anniversary of the Queen’s accession to the throne. The limo is fully armored and is powered by a powerful 6.7l V8 engine.

Queen Elizabeth II also liked the Aston Martin car brand, She gifted an iconic Aston Martin to her grand son on his 21st birthday as well.

Queen Elizabeth II Drove her self?

Many people may think that the Royals may not drive them self around but thats not the case. Queen Elizabeth II was often spotted driving her own Land Rover and she was not accompanied by the extensive fleet of security guards like the ruler of developing countries do.

This SUZUKI KHYBER is a great example of what this car should look like, well maintained and so tastefully done that it makes many people droll on the road. Noman Salik owns this car and he is totally in love with it. Noman told us that he wants to preserve the originality of the car…

Atlas Honda is not a new name in Pakistan’s automobile world. From Atlas Autos to Atlas Honda they have came a long way. Now Atlas Honda enjoys the title of largest 2 wheel manufacturer and seller of Pakistan. Their major share holders are Honda CD70 and Honda CG125 which were developed in the 70’s but…

Honda Atlas launched CB150F back in around 2015 to 2016 and decided to compete with Yamaha YBR’s. The CB150F was initially imported as CBU from Sundiro Honda Factory in China. Even now , the bike is imported as Semi knocked down unit and it’s assembled here in Pakistan but there are some short comings. 01….

Pakistani four wheeler market is very busy these days, every now and than a new manufacturer emerges on the block. The hottest segment this time is the SUV market and now we have a handful of SUV or 7 seater in market where as the options before were limited to Toyota Land cruiser or Mitsubishi…

Motorcycles are like men , they’re sensitive from inside but from outside they are hardcore and macho looking. Like most men most motorcycles don’t say what they are going through so one has to dig in a little to find more. Apart from regular maintenance, some pre ride checks if followed at least once a…