Atlas Honda is not a new name in Pakistan’s automobile world. From Atlas Autos to Atlas Honda they have came a long way. Now Atlas Honda enjoys the title of largest 2 wheel manufacturer and seller of Pakistan. Their major share holders are Honda CD70 and Honda CG125 which were developed in the 70’s but still being used till date.

Atlas Honda has recently launched its online services where users can book their favorite bike, book an appointment for tune up and check or purchase spare parts online. Now they are going a step further with the launch of Atlas Honda Motorcycles Mobile Application. 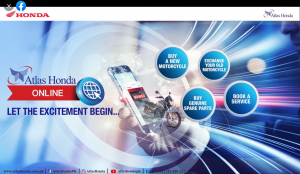 As per Atlas Honda, This app will not only help the customers but also the dealers and other people associated with the organization. The customer can not only choose their favorite bike, they can also maintain its log in the app regarding its mileage and tune ups. 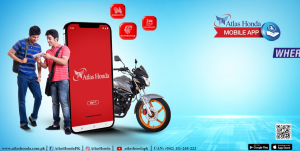 The Atlas Honda dealers now get the leverage of better business terms and ease of systems with this mobile application. They can now track the deliveries and their orders regarding new units and spare parts.

Atlas Honda says that they will share the information about upcoming promotions through their application and people can have necessary information on tap of a button. We think that Atlas Honda is doing good with this digital wizardry but they should also update their bikes, its about time now. Atlas Honda’s app is available in both iOS and Android.