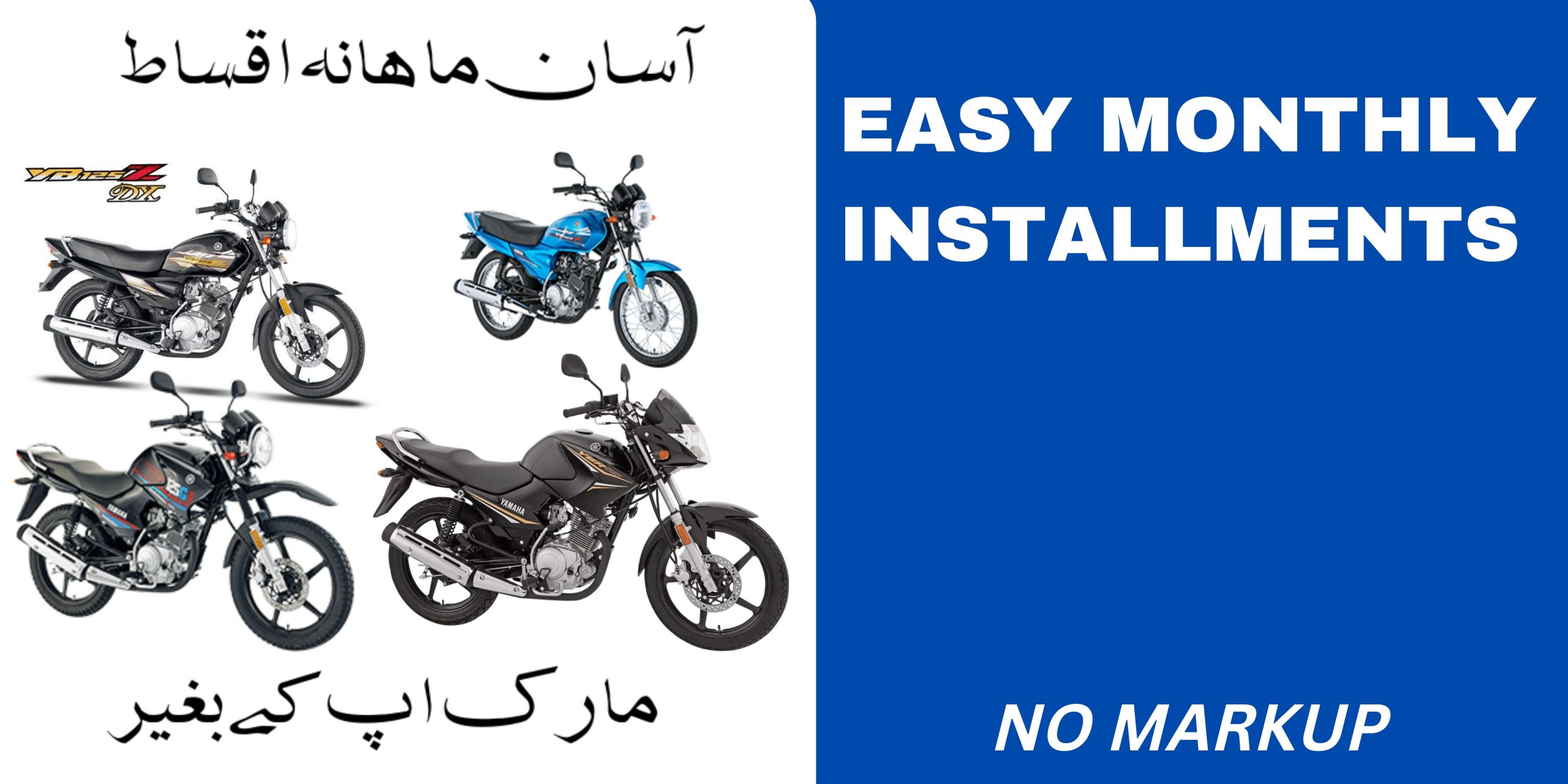 Yamaha Motor Pakistan has recently started its leasing facility for Yamaha lovers, now their bikes are available on 0% mark up. Earlier this facility was available a few years back on limited dealerships but not Yamaha is offering this service across multiple cities. Lets have a look on what is this Yamaha Installment Plan! This plan is valid for all Yamaha Motorcycles such as YBR125, YBR125G, YB125Z and YB125Z DX.

The installment plan is spread across 04 months, The buyer is required to deposit 50% value of bike up front as down payment and rest is divided on 04 months. The customer is required to pay registration charges separately and they are not included in this plan. No premium or extra amount is charged to customer. Before Yamaha Only Suzuki was offering motorcycles on 0 mark up for 02 years. That was one of the key selling factor for Suzuki GS150 & GS150SE in Pakistan.

You may also read: Suzuki GR150 on Installments

According to Yamaha dealers, this is a limited time offer started by Yamaha to encourage retail sale. Due to recent economical un rest the prices have increased by a lot. Because of that the retail sales have suffered badly. Many motorcycles have piled up at dealer showrooms and company has offered this promotion to promote sales.

The recent economic unrest has resulted in very high inflation. Motorcycles have became a lot expensive and this has resulted in poor sales. On an average every motorcycle has became expensive by at least 70 thousand to 1 lac rupees. At such high prices, low sales are evident but company and government need to devise a plan about the pricing strategy of these motorcycles.

If you are a Yamaha fan, you can upgrade your old motorcycle to a Yamaha by availing this offer. As it is for limited time only, it may run out of time. If you are waiting for motorcycles to become cheaper, don’t waste your time. This may not happen & you should avail Yamaha Installment Plan. This plan is valid for all Yamaha Motorcycles such as YBR125, YBR125G, YB125Z and YB125Z DX.

Pak Suzuki’s GS150 has enjoyed a lot of good times. It was known for its power and it was ultimate choice of many motorcyclists tourers. As the time passed by and things started becoming expensive, motorcycles were also a part of it . Now Suzuki GS150 costs around 200k which is a huge sum of…

Atlas Honda had launched its CB150F in Pakistan few years back. The machine is of very good quality but it never made the change Honda was expecting. Recently Honda gave it a refresh, the new CB150F is definitely looking fresh with new paint scheme and graphics but is there anything new?Let’s find out. The Honda…

We usually don’t feature car builds on or channel but when we do, they are out of the world! This Turbo charged Mehran(Second Generation Suzuki Alto) from Islamabad Pakistan is Frankenstein’s Monster. Like the actual story the owner of TURBO CHARGED MEHRAN Muhammad Osama started with a stock car and built it with some common…

Sigma Motorsports Lahore deals in Chinese replicas and Chinese breed motorcycles. Recently they teased ages of a naked motorcycle which looks like replica of many and gets a dual cylinder engine. From front it looks like a mixture of Kawasaki KTM and Benelli. This machine gets a parallel twin engine with in known specs. Chinese…