Suzuki GR 150 is one of the premium segment 150cc motorcycles in Pakistan.Coming from Chinese origin it is always criticized of being under powered and out dated but overall it is a very refined machine. 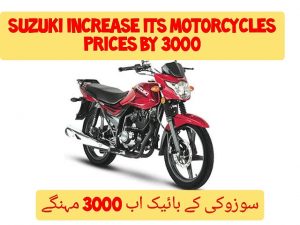 Due to recent price hikes,GR150 is getting expensive and cash customers for new one are getting rare. Pak Suzuki has came up with instalment plan for GR150 which is as follows. 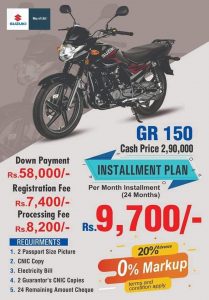 Pak Suzuki has increased its motorcycle prices so much that they are on verge of being over priced and that’s why facing low sale figures. These instalment plans won’t work for long.