One day browsing at my You tube channel, I came across comment of a subscriber from Lahore with a link saying ” I installed disc brake on my yb125z”. As i am planning on doing the same i clicked the link and came across a very well modified YB125Z with Disc Brake set up installed and it looks dope!The owner calls it YB125Z GT! 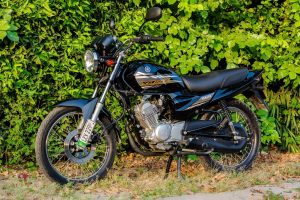 The motorcycle uses parts from another Japanese legendary motorcycle “KAWASAKI GTO”, The tubes are changed with GTO ones and the front hub, disc plate is also from GTO. The tubes have given a lengthier stance to YB125Z and now it looks like Yamaha RX115 (Due to high front end). 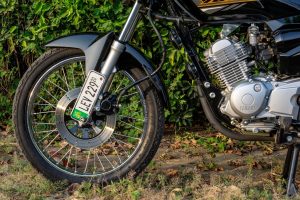 I don’t know how much this modification may have costed, how ever my idea is that it should be under 15k, A front chrome fender would make this bike look even more better as per my opinion!