Yamaha Motor Pakistan has been doing business in Pakistan for past 5 years now and they have a good reputation when it comes to 125cc commuter motorcycles. These motorcycles are well equipped and well put together, Thats why their market share is increasing slowly but steadily.
When ever their is any news about a new motorcycle launch from Yamaha, people are always anticipating that its going to be a 100 cc or 150 cc but Yamaha has no such intentions for now and thats because Yamaha has now launched its new 125cc motorcycle which is called YB125Z DX (Deluxe) which will be available on showrooms after Eid Holidays.The social media has its images even before the company has launched it!
The YB125Z DX is same YB125Z but with addition of alloy wheels and disc setup at front, Other than that it gets a mud flap for front fender and DX badge on the fuel tank. 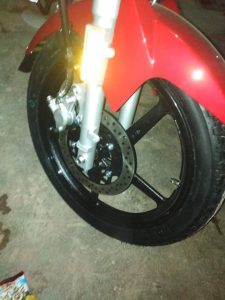 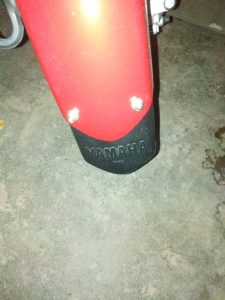 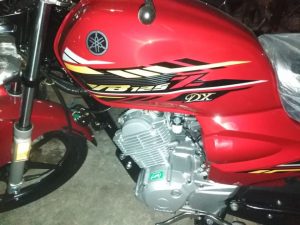 Though Yamaha has not launched this motorcycle officially but according to Yamaha dealers and company officials these additions are made upon request of Yamaha users, Now they have one more motorcycle to choose from.
Share your thoughts on what you think about YB125Z DX.