Earlier we shared the information about United Motors launching a new car in Pakistan, Our sources have reported that the new car united Motors is launching will be called United Alpha and it will be available with a powerful 1000cc engine. The interesting part is that this Alpha has already been in Pakistan under the badge name of Cherry QQ(Discontinued now)

The Alpha which is under consideration at United Motors is going to be a facelift model with higher engine capacity as compared to old 800cc Cherry QQ. United Alpha will be competing against 1000 cc hatch backs which are very popular in Pakistan as family cars. 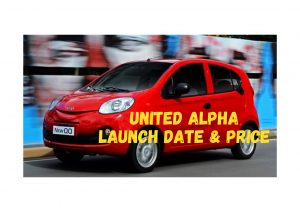