Well who does not know Suzuki Mehran in Pakistan? I mean we have grown up with this car. Launched in 1989 world wide as Suzuki Alto second generation this little 4 door hatch back came to Pakistan and ever since then it became a part of the landscape. Where ever you go you ll find one. It almost felt like this lil car is immortal but lucky for us Suzuki discontinued it. Thankfully!

Mehran is renowned for its simple construction ease of maintenance and great resale value. The car has no features to brag about but it is one of the longest production cars of Pakistan. The production span lasted over 28 years. Its our model A!

Mehran has 796cc engine which produces around 34 horsepower and its mated to a 4 speed gear box. Earlier models were carburetor based and in later years it was coming as electronically fuel injection. We just loved the Mehran how it was and even till today it enjoys a great value.

Yamaha motorcycles look very sporty and aggressive but they’re facing an issue from day of their launch and that is lack of power in these bikes. The Yamaha motorcycles are commuter based OHC engines which come with a balancer shaft and offer smooth ride but this smoothness comes on cost of performance. We have 2…

Yamaha Motor Pakistan has recently launched a new graphic update of its YBR125G .This motorcycle is in its league of its own as its Pakistan’s only 125cc cross over motorcycle. YBR125G was introduced in year 2015 and it received 1st upgrade in May 2018 Yamaha enhanced the performance of YBR125G with up jetted carb, a better freely flowing… 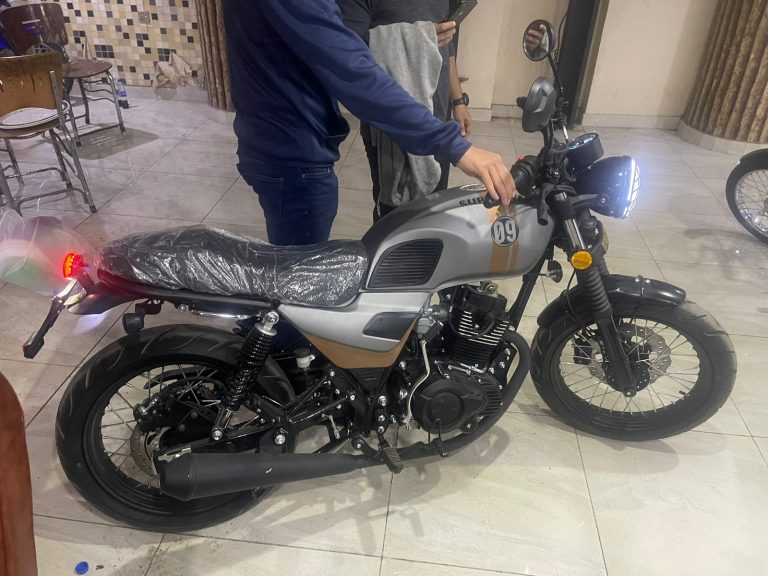 We have just rolled in 2023 with new excitement and wishes to have more motorcycles. Memon Motors (Super Star Motorcycles) has recently launched its Super Start Scrambler 150 in Pakistan in the new year. The Scrambler 150cc is a neo-retro, it looks classic but it has new and has the latest features to offer. In…

Today we will review Yamaha YBR 125 G.This motorcycle is in its league of its own as its Pakistan’s only 125cc Cross over motorcycle.YBR125G was introduced in year 2015  and it received 1st upgrade in May 2018. This facelift consists of a new color introduction and up graded engine for better performance. Design: Design wise…