Suzuki Pakistan is known for its 150cc motorcycles, the company has 3 running models in its stable right now. The GS150SE is known as most favorite motorcycle for local touring lovers because its Pakistan’s most powerful locally available motorcycle. These motorcycles are loved due to their high end torque and powerful engine which helps in northern areas and people love riding their motorcycles.

In recent past, the market had a very strong opinion about a new 125cc motorcycle being launched by Pak Suzuki in our local market but no one knew that the Suzuki GS150 will be discontinued to launch that 125cc motorcycle. The replacement motorcycle is yet to be shared with the public. 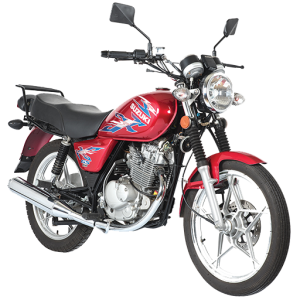 Personally it seems to be a rumor, the Suzuki GS150SE is highly sought after and in demand motorcycle. The GS150SE is now currently being sold at around 250,000 rupees. The motorcycle is available on waiting for 1 to 2 months if the user is buying it on installments.

Pak Suzuki GS150SE has been a time tested motorcycle, though it lacks some basic features it still makes out for it in terms of performance. The motorcycle now has alloys better tyres and disc set up which makes a pretty decent bike. We wonder why Suzuki is discontinuing it! Let us know your opinion in the comments.