Super Star is one of well reputed local motorcycle manufacturing firms from Pakistan. Based out of Hyderabad in Sindh province, the company is mainly popular in Sindh, Baluchistan and Southern Punjab. Super Star 70cc is well reputed among users of locally manufactured motorcycles.

While surfing the internet, one of their motorcycles grabbed my attention. To learn more about it the company was contacted but in typical local fashion, I never heard back from them. But the motorcycle is good enough to be shared with all of you guys. 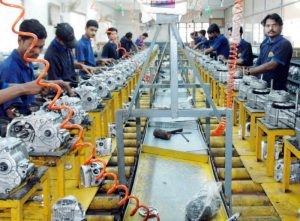 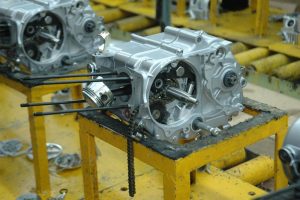 The motorcycle in question is a deluxe version of normal 100cc motorcycle with very premium quality( at least in pictures) The motorcycle comes with some great hardware such as a disc set up and self starter. Many people may not find it much but for us these things are a huge deal in local motorcycles. 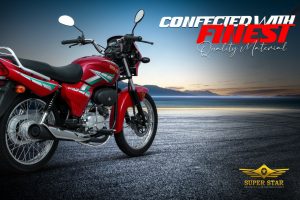 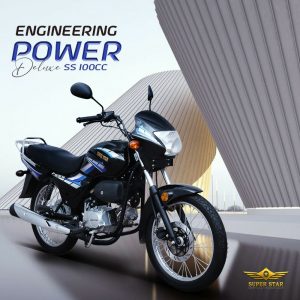 In first look, this motorcycle looks a proper contender to Honda’s Pridor and if marketed well it can generate good sales. The company’s lack of sales and marketing is a clear sight that they are not much interested in this motorcycle but we believe it can have a bright sales number provided if its half as good as it looks.

This motorcycle also resembles to ZXMCO 100cc motorcycles which were launched back in 2006, Imported from China the motorcycle had exceptional ride and exceptional fit and finish. The Super Power SS100 looks from the same family and can be a good motorcycle to cruise around town. 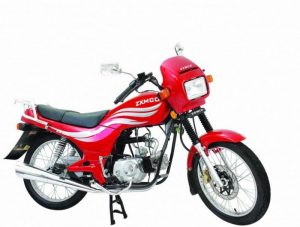 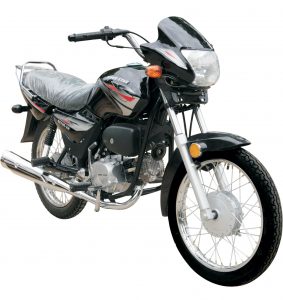