Who doesn’t wants to go fast? everybody does but affording a proper machine with correct displacement is not affordable for everyone. This is where modifications come in and people use them for making their slower machines little fast or responsive.

These modifications are various in nature and results. I have classified them into three stages as Stage 1,Stage 2 and Stage 3 and 4 mods.Both stage 2 3 and 4 require high engine modifications and changing internal components which are only recommended to be done by a pro so we will discuss stage 1 mods only.

Stage 1 Mods: They’re simple and easy mods as they don’t require any huge mechanical changes or alterations.They can also easily performed by a new bee and they aren’t lethal either. Stage one mods include increasing the spark(Ignition by changing to Iridium or platinum spark plugs or Using bigger ignition coils) increasing the mixture(air fuel mixture by using bigger jets and less restrictive air filters) and increasing the exhaust(quick exit of burnt gases by changing to free flow muffler). 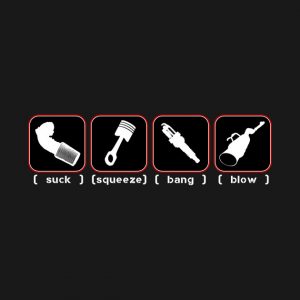 These mods are the cheaper too, A stage 1 mod on any small motorcycle like YBR125 or CBF150 will roughly cost under six to seven thousand rupees and if you do yourself you will save some bucks and Learn as well.