Honda is Pakistan largest motorcycle seller but its motorcycles in Pakistan are decade old. It still feels like its still 1990 in Pakistan.

Recently Honda has again increased its prices yet again in Pakistan.The new prices are as under. 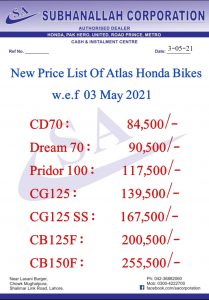 The point here is that no innovation has been done to Honda motorcycles in Pakistan but the prices are climbing very steeply.

If there was a race of increasing prices,Honda has won it. Now we can expect the same from Yamaha and Suzuki soon.