Earlier today the federal minister Mr Asad Omar announced in a press conference that due to good strategy Government has achieved good results against Covid 19 Lockdown and its time to re open many things which were put under a lockdown. Tourism is one of them and it will resume from 8th August 2020. That is the good news we all were waiting for!

Earlier the government announced a tourism policy regarding tourism in Pakistan,According to which the Motorcycle tourism was haulted due to Covid 19 condition and announced that these activities will be resumed later if conditions are favorable. Motorcycle tourists were not allowed to enter Azad Kashmir and Gilgit baltistan. Luckily the things are in favour of Pakistan and covid 19 situation is under control, thus today government has announced about re opening many things. 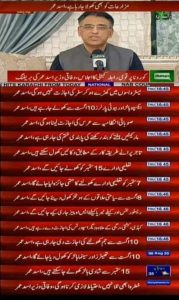 The question still remains that what about the bikers?are they allowed to travel or not because AJK and Gilgit Baltistan are go to places for biker tourists. The tourism is main industry of these areas and many people are directly or indirectly related to these tourers.

Lets hope for the best and lets hope that a loud n clear policy about motorcycle tourism follows this announcement soon.