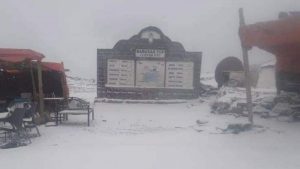 A heavy snowfall cut off all access to Babusar Top, trapping hundreds of people. Authorities rescued the detained visitors and relocated them.
On the other side, a westerly tidal wave is currently sweeping across the country’s top regions. The weather system will most likely last until tomorrow morning. 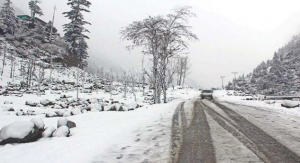