Aprilia Pagani 150 is a cafe racer motorcycle by Aprilia and its recently launched in China. This is a motorcycle which made my heart say;Thats how a cafe racer should look like!. I mean just look at it, the fairing , the over all dynamics and that too with a very sweet surprise. This motorcycle is developed in china for an Italian manufacturer. 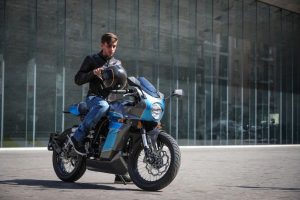 Aprilia Pagani 150 may be an italian motorcycle by its brand name but this design concept and shape was visualized in China by Zongshen. The partnership of Piaggio(Mother brand of Aprilia) and Zongshen has resulted in a motorcycle which is stunning and looks amazing. 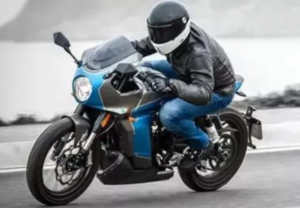 The stunning looks are also supported by a fire breathing power plant,this motorcycle is capable of delivering its peak performance of 18hp and has good power to weight ratio, the six speed gear box will also aid the power plant in putting down the power. And to finish it all off, the aggressive handling and stance!
For a price of around 25,000 yuan , its not a bad machine but the bad part is that 25,000 yuan mean we are talking about 6 lacks in Pak rupees.
This alone is the strongest drawback which will make the Pagani a dream and that too on top of our wish list.