As the motorcycling is getting more popular in Pakistan day by day, the manufacturers are also launching better motorcycles(sort of). Some lack in few features and some have a high price tag but lets compare the SUZUKI GD110S and YAMAHA YB125Z as they both are premium commuter segment motorcycles and hopefully after this comparison it would be much easier to decide that which one to buy. 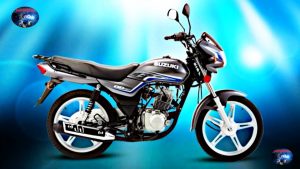 SUZUKI GD110S is 110cc single cylinder Overhead cam engine based motorcycle with a 4 speed constant mesh gear transmission, it has splendid suspension, a smooth drive and comfortable ride. On features front it has adjustable rear suspension, 17 inch alloy wheels kill switch dipper and gear indicator. GD110S has premium build quality but its spare parts are much expensive and only available at Suzuki specific shops.The GD110S is priced at 178,000 and its available at Suzuki showrooms in Pakistan. On the down side it has poor ground clearance issues and only offers drum brakes set up, its expensive parts and selective mechanic issues make it choice of few people. If this motorcycle was not available on markup free installments from company, we would have not seen many of these. 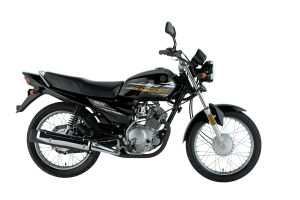 On the other end Yamaha YB125Z is more of a work horse, its more powerful muscular and has a big bike feel to it.A 125cc ohc engine with balancer and 5 speed gear box makes sure that this YBZ delivers a power punch when and where needed, YBZ has a larger fuel tank(13L) as compared to GD110S(9L) and offers decent fuel efficiency too, YBZ has benefit of localization of spare parts and that means they’re much easily available as compared to Suzuki parts and not much expensive too. Over all Yamaha is more sturdy but lil less refined than GD110S but the price difference of 37,000 is what makes Yamaha more favorable and glamorous in my eyes.

Rest assured the above video states all the things one should keep in mind before having such a comparison!