No matter how many things are against the current government of Pakistan, they have still managed to do some very good and vital changes in the automotive sector, These changes may not be in a large number but a step in right direction is always a step ahead. Electric vehicles have proved their metal and now they’re considered world wide. This phenomenon has finally paved its ways in Pakistan now.

Pakistan State Oil (PS0) has setup its first charging station in F-7 Islamabad on July 29 2020. This is a ground breaking point, In a country where people are so obsessed with old technology and electricity is usually problematic, an EV charging station is very good step. 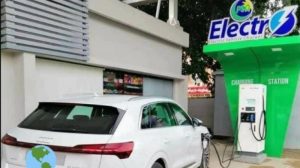 Syed Muhammad Taha, MD and CEO of PSO said in an interview that”This is yet another step as part of PSO’s ongoing efforts in environmental stewardship. Under the guidance and support of GOP, we will continue to drive the future of e-mobility in Pakistan by installing more Electric Vehicle Chargers at various highways and in major cities across the country. PSO is investing in cleaner energy solutions to reduce the carbon footprint and build a better environment for our future generations. As we lead the sustainable energy revolution, our next step is the introduction of Euro-5 standard fuels at PSO retail outlets,”

Government of Pakistan aims to bring half a million electric motorcycles and rickshaws, along with more than 100,000 electric cars, buses and trucks, into the transportation system over the next five years.This seems like a bold decision because people here are appreciating the new EV change but they are absolutely hating its old packaging. Something like Jolta E Bike, More on that later! 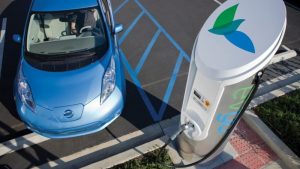