Suzuki Hayabusa is a legend, its name of speed but now a Bigger, better ‘Busa: Suzuki Hayabusa replacement on the way and based on the latest information out of Japan gives the clearest indication yet of Suzuki’s hugely-anticipated new Hayabusa, due to be officially unveiled later this autumn. As the rumours have been swirling since early 2018 when the Concept GSX started appearing, but the old version of the bike eventually went extinct with no successor at the end of that year. 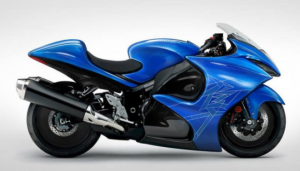 This bike is the overdue replacement for the second generation, 1340cc GSX1300R Hayabusa, introduced in 2007 then updated with Brembo Monobloc brake calipers and ABS five year later and discontinued as emissions laws tightened.
In order to pass muster for Euro5 without losing any of its legendary hyper bike status, the new ‘Busa will have a higher capacity of around 1440cc as well as revised intake and exhaust; we expect it to produce around 197bhp. 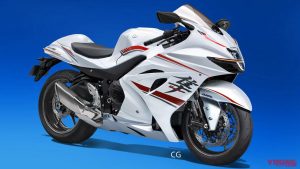 To keep all those horses in check, the new bike will likely use the S.I.R.S (Suzuki Intelligent Ride System) implemented on the 2020 V-Strom 1050 XT. This could mean lean-sensitive ABS controlled by a new IMU, multiple rider modes, hill-hold control and cruise control, all operated through a new TFT dash.
The bike is not a complete clean sheet and features like the familiar massive aluminum twin spar frame is expected to be retained, but it will be updated, along with the adoption of the latest Kayaba suspension front and rear.