In recent years the automotive culture of Pakistan really flourished but along with that the increasing Super bikes accidents rate in Pakistan is alarming. Every other day we come to know about a dead biker in accident. 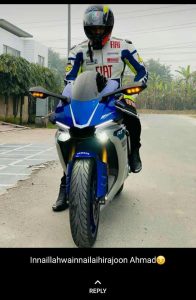 The major cause of this is lack of tracks and road sense. No matter how much safe you are riding but while on the road its always probability to get involved in a crash. 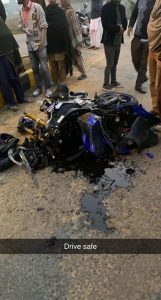 Last but not the least, With big powers come big responsibilities and one should be responsible while riding a track missile on the road.