Atlas Honda CD70 has a distinction like no other motorcycle, it is one of the oldest motorcycle in production but it also has unique identity of being an entry level or beginner level motorcycle. No matter if you are riding a Hayabusa now, chances are you learnt riding motorcycle on the mighty CD70. Atlas Honda has recently launched a new Color and Graphic change variant in its Honda CD70 and 2023 model is available on Honda showrooms across Pakistan.

In terms of performance, looks and features there is no change. Atlas Honda re launched its CD70 with 101 changes few years back. The claim of doing 101 changes was taken as a joke by majority motorcycle fans because the motorcycle was still looking the same with graphic changes as usual. But Honda actually did few mechanical changes and introduced aluminium cylinder block to improve performance and control heating up.

You May Also Like: Buy Honda CD70 On 9 Easy Monthly Installment At 0% Markup

The 2023 variant consists of a new graphic set which differentiates it from previous model. This is the only noticeable difference in both the motorcycles. But there is one very major noticeable difference and that is price. Honda CD70 now costs just under 120,000 rupees which is in imaginable. No one in his wildest dreams ever thought that Honda CD70 will ever cost above 100,000.Honda CD70 is available in two color options, red and black. It also comes with extended warranty up to 3 years on top of 1 year or 12 month warranty.

This is mainly due to poor economic conditions of Pakistan and lack of local development. Despite being in production for 4 decades Honda has failed to completely localize the machinery and still has to import some important spare parts for the CD70. Also because of inflation the prices have gone high.

Honda CD70 is popular for the fuel efficiency, smaller capacity motorcycles are usually designed to be fuel efficient but the CD70 sill uses a slide carburettor which isn’t much fuel efficient at higher rpms. Still it manages to deliver around 50kmpl but Honda claimed it to be 70kmpl.

You May Also Like: Honda CD70 Exchange Program By Atlas Honda

Despite all the factors, lack of competition and monopoly of big three is the main reason people are buying overpriced motorcycles and other local manufacturers are following their footsteps.

PROTON is not an old name in Automotive industry but it definitely is a reputed one, coming from brother Islamic country MALAYSIA PROTON is all set to take on Pakistani Automobile industry. Teasing through their social media accounts they are about to launch and hopefully it won’t be long. PROTON is a Malaysian brand but…

Elon Musk the co-founder and chief executive of Tesla Inc said on Friday said that the California-based electric vehicle (EV) and clean energy company will enter the Indian market in 2021.Musk said while replying to a query on Tesla’s India plans on Twitter “Next year for sure,”. He did not add anything else. In Last…

Lifan Motorcycles have made their self a renowned global motorcycle brand.Rapid rides are their authorized dealers in Pakistan. Rapid Rides is bringing plenty of new motorcycles in Pakistan,one of which is V16S. The powerful cruiser with modern styling is a motorcycle to look for. The V16S will be available by next month on sale at…

Chinese motorcycles have come a long way, Zongshen which is leading Chinese motorcycle manufacturing firm shared images of its first proper sports tourer and it looks epic. The RG3 means business, it has serious looks and it is loaded with features. A high wind shield, huge rear view mirrors, saddle boxes  and a low seat…

Motorcycles are a popular mode of transport in every developing country because they are affordable to purchase maintain and use on daily basis. In Pakistan motorcycles are also enjoying such a status. Sadly due to the recent market economic conditions and pandemic situation the motorcycle prices were increased and new prices were implemented on 1st… 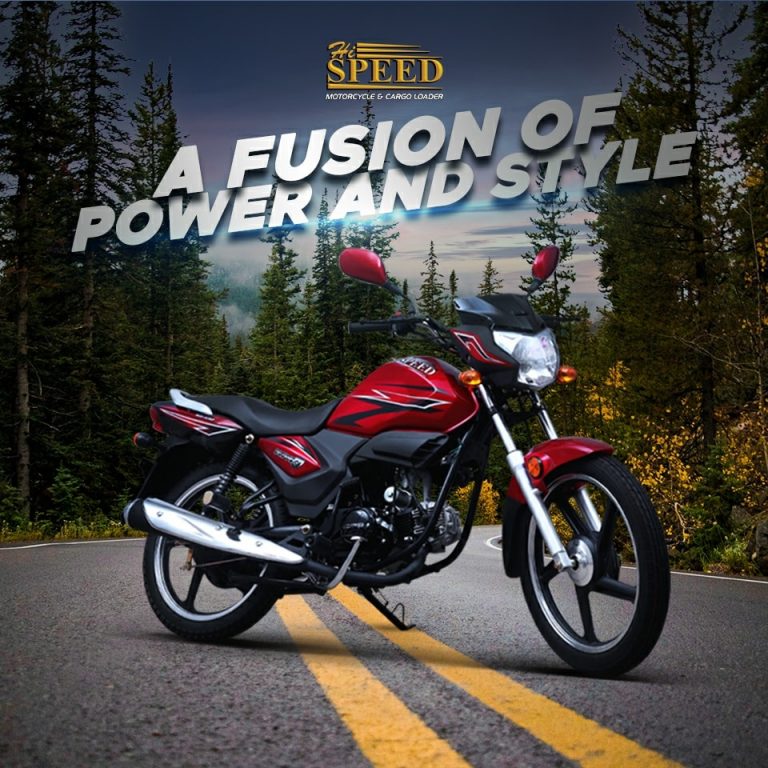 Hi Speed Alpha was launched in 2018 by Hi Speed Motorcycles. This motorcycle was launched as a competitor to Honda’s Pridor 100.Over the years Alpha 100 received many slight changes. Now the Alpha 100 is available in 2 variants, Drum brakes and Disc brakes variants. The Alpha 100 is rarely seen on the roads but…