The story of motorcycle racing is very simple, it all started when the second motorcycle was made.What do you do when you have two motorcycles? You race them and find out who is faster. Thats exactly what had happened in this case.The story about fastest motorcycle in the world kept on changing time to time. In different era’s different motorcycle manufacturers claimed them as fastest. 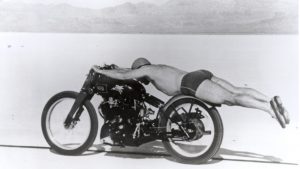 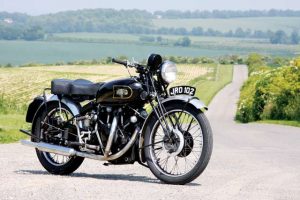 The first motorcycle to achieve a land speed record was VINCENT BLACK, In the image above the man was Rollie Free, and the 1948 picture shows him setting the American motorcycle land-speed record of 150 mph or 242 Kmph. The motorcycle was stripped down to bare essentials and so was Mr Rollie Free. Other than Helmet, under pants and shoes he had nothing on him!Vincent Black was the fastest production motorcycles for next 35 years to come. 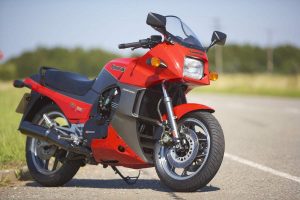 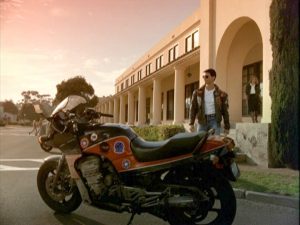 In 1984 Kawasaki released the Ninja GPZ 900R and claimed the title of World’s fastest bike. The top speed of Ninja was 151 Mph or 244kmph as claimed by Kawasaki. This motorcycle was so popular in the 80’s due to its new styling and powerful engine. It was even featured in a movie called TOP GUN. By that time the other Japanese motorcycle companies were also interested in getting the title of World’s fastest motorcycle. 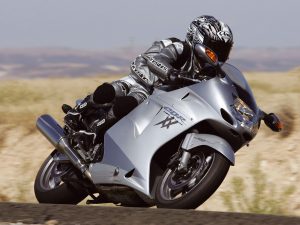 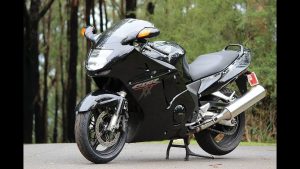 It was Honda who snatched the title from Kawasaki with a new motorcycle called BLACK BIRD. This was actually a CBR1100XX and was capable of acieving 178 mph or 286 kmph. This rocket ship was the new Fastest motorcycle of the universe. Just imagine doing 178mph or 286kmph. 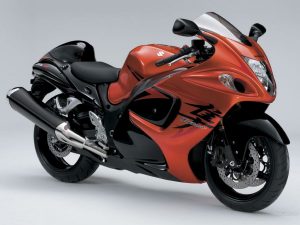 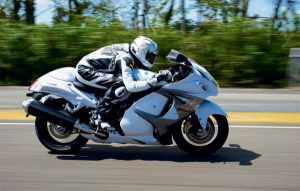 An other Japanese company was silently working on another motorcycle, a motorcycle so iconic which will change the way people think about a fast bike. This company was Suzuki and the motorcycle was Hayabusa! Hayabusa was capable of doing 312kmph and it had a 1300 cc engine. Hayabusa is japanese for FALCON which is a prey bird and it actually eats the Black Bird. The rivalry seems to be very very deep. Suzuki Hayabusa enjoyed its reign as king of super bikes and it was un beatable for a very long time but one day, Kawasaki again cameback to take its throne. Its time for the H2 Baby! 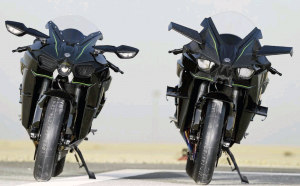 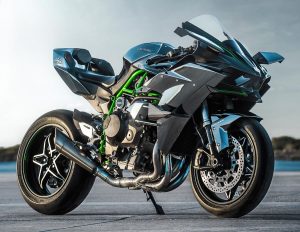 The Kawasaki Ninja H2 is a “supercharged supersport” class motorcycle in the Ninja sportbike series, manufactured by Kawasaki and its capable of achieving 400 kmph. Thanks to its supercharged 1000cc engine. Kawasaki is now the King of Super bikes in the world.

The motorcycles are getting faster and faster the technology is getting better and better but i believe that this top speed fiasco should now get to an end because nothing can beat Alter Honda 125 of a pindi boy! 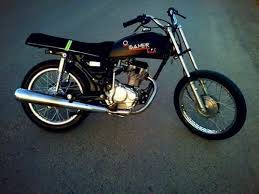