DYL Motorcycles once was Dawood Yamaha Limited in Pakistan (A joint venture of Dawood Group and Yamaha Motor Co.) in year 2012 the DYL became Dawood Younas Limited and started manufacturing 70,100 and 125cc motorcycles in Pakistan. DYL YD125 Sports was their offering to Pakistani youth back in 2013 for around 95,000 rupees but it failed badly.

The YD125 Sports was a chinese origin Honda CG125 clone with Honda CG125 like OHV engine and frame. The styling however was different and company tried to give many things at once which made the motorcycle look ugly in my opinion. It had a big head light , a sporty fuel tank but the bike was very compact and it never looked proportionate in my opinion.

There were more things other than the styling and looks, though the engine and all other mechanical bits were alright but the dealers knew that DYL is a sinking ship now. No one wanted to invest in the company and the YD125  Sports quickly got the name of China ka Honda 125 and this damaged the reputation of bike badly.

Less sales, less interest of dealer ships and lack of marketing were common factors which contributed in making DYL YD125 Sports the most flop motorcycle of Pakistan. Not to mention DYL really started sinking and eventually went bankrupt in 2015. Though the company is still trying to comeback but no one has ever seen a dead horse walking! 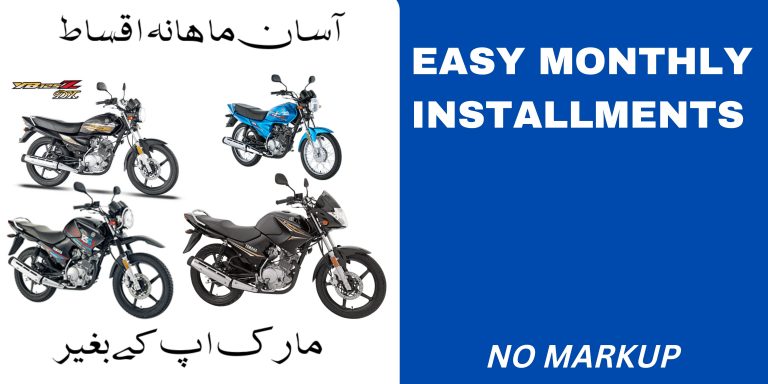 Yamaha Motor Pakistan has recently started its leasing facility for Yamaha lovers, now their bikes are available on 0% mark up. Earlier this facility was available a few years back on limited dealerships but not Yamaha is offering this service across multiple cities. Lets have a look on what is this Yamaha Installment Plan! This…

In my books Yamaha YBR150 Factor is going to be the perfect motorbike for Pakistan if it is launched by Yamaha Motor Pakistan. The best thing about it is that it can be easily done as it has major similarities with regular YBR125 which is already being sold in Pakistan and has great market presence….

Is it Yamaha or DYL? What company this motorcycle is from?what’s the story of this Dhoom Yamaha 70, Lol. This love story is way better than twilight. Dawood Younas Limited was formerly known as Dawood Yamaha Limited because they were partners of Yamaha in Pakistan for a long time and developed 100cc 2stroke motorcycles.The partnership…

Sigma Motorsports Lahore deals in Chinese replicas and Chinese breed motorcycles. Recently they teased ages of a naked motorcycle which looks like replica of many and gets a dual cylinder engine. From front it looks like a mixture of Kawasaki KTM and Benelli. This machine gets a parallel twin engine with in known specs. Chinese…

Motorcycle riders are becoming more aware about their machines and they are always in quest of finding the Ultimate Engine Oil for their motorcycles. Some people recommend to use only manufacturer specified engine oil and some recommend using after market engine oils. Before suggesting the Ultimate Engine Oil for your Motorcycle lets look into engine…

Motorcycle traveling is always loved in Pakistan, people love to munch miles on their motorcycles. Ever since I have done my first trip from Rawalpindi to Lahore, now I know why it is so much popular. Today I am sharing story of 3 young hearts who are doing an international trip on 02 wheels. MAP…