As the weather in Pakistan has recently changed, it became very hot at once. Even though its Mid of March which is supposed to be spring season but the real summer is yet to come. In summer Pakistan’s temperature usually rises to 50 degree centigrade and in such hot weather, motorcycle engine suffers the most. 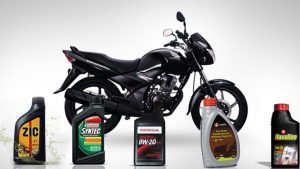 Most of our motorcycles use air cooled engines and engine oil performs cooling function in them as well. Splashes of engine oil on the back of piston make sure that motorcycle temperature is kept in check, Oil also circulates many engine parts and dissipates / transfers heat from them. Usually a thin or lower viscosity engine oil is preferred in winters but you really need to switch engine oil in summer for long life of your motorcycle engine. 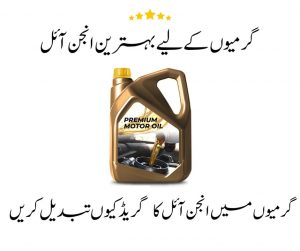 As a general rule, you’ll get the best protection in the summer when you use a slightly thicker grade of oil, such as a 20W50 instead of a 10W40. Engines need a thicker oil in the summer months because of the summer heat and its effects on thinning the oil out. The thicker engine oil helps in keeping engine well lubricated and safe during hot summer rides.

Which engine oil you use? Let us know in the comments.