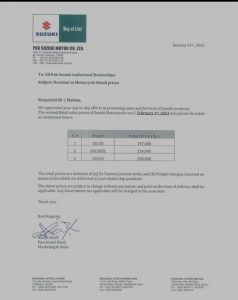 Suzuki Motorcycles are not in the league of Yamaha and Honda when it comes to sales. By their attitude towards after sales its evident and new prices show that they don’t care at all.