PROTON is not an old name in Automotive industry but it definitely is a reputed one, coming from brother Islamic country MALAYSIA PROTON is all set to take on Pakistani Automobile industry. Teasing through their social media accounts they are about to launch and hopefully it won’t be long. 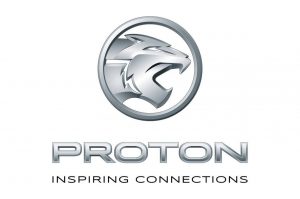 PROTON is a Malaysian brand but most of its vehicles were built on MITSUBISHI platforms. For instance take PROTON SAGA, underneath its a LANCER. Proton is well versed in making automobiles and the company policy is very simple and straight forward as they say Inspiring Connections is about reconnecting to the humanity within us to create real connections. By pushing the boundaries of technology, we believe we can build stronger relationships, bridging distances between people, relationships, innovation, and create stronger bonds to a better future for mobility. 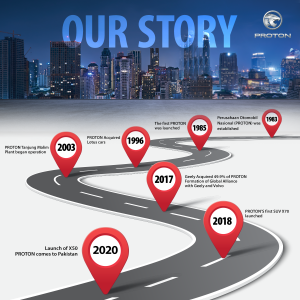 In Pakistan, PROTON has teamed up with AlHaj Motors(also partners of FAW in Pakistan) and their plant is about to be completed in Karachi, Its first plant of PROTON in South asia and they are estimating production of 25 thousand cars per annum. Since Pakistan is emerging as a better economy lets see what they have to offer!
GODSPEED