In Pakistan of a motorcycle is faster than speed of light but its expensive, its not going to cut it. For a motorcycle in Pakistan it has to do many things to be popular and being affordable is one of those. 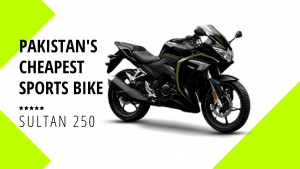 Power Motorcycle had launched Loncin GP1 by the name of Sultan 250 in Pakistan a couple of years back. Now Sultan costs 285k and it is Pakistan’s cheapest brand new sports bike. 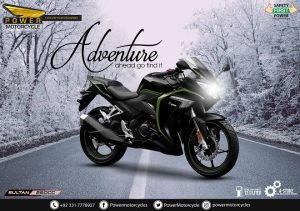 The specs of Sultan 250 aren’t special. It is water cooled carb based unit and hardly makes 17PS of power. Its looks are inspired from GSxr and it is single cylinder but for the price it turns heads and that isn’t bad .