In modern world, companies offer rebate and discounts with value addition in order to increase sales, in Pakistan however things are not the same, here the prices are higher with declining sales. Even though the DOLLAR is getting stable and Pak Rupees is getting stronger but this so called PRICE INCREASING TREND doesn’t has any end to it.


This thing happens when only BUSINESS mentality is at work, the firm only wants to maintain its declining profits where as they don’t care how much volume they get, They fix a base price and speculate a number of units which they can sale on that, They use different financial aids and tools like easy installments or low markup but the strategy is same. Every month the prices keep on getting increased and the quantity of units sold starts getting less and less. 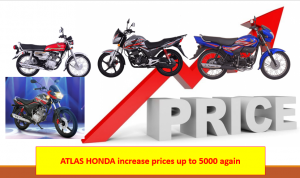 The point is that their is no value addition in this scenario, people tend to buy old vehicles and the second hand market also gets much sharper, This is what currently going on in Pakistan and that is why the prices are being revised every now and than.