LIFAN is one of the largest chinese motorcycle manufacturing company and in Pakistan its being imported by Rapid Rides in Pakistan. The KP350 is successor of KP250 which is a 250cc naked sports category machine but due to its huge popularity, Lifan had no choice but to launch its bigger sibling, the LIFAN KP350. 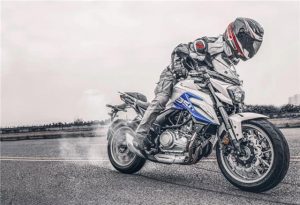 KP350 is a powerful bionic design naked sports motorcycle. The Bionic design means its a blend of curves and smooth lines. Powered by a parallel twin 350cc machine which is equipped with EFI and a 6 speed gear transmission. This is one of the most powerful machines that Lifan has created.

LIFAN KP350 is available in two different variants, touring and non touring. The LIFAN KP350 Touring edition is equipped with adjustable suspension and TFT display screen over the regular version. Two classic color schemes, pearl white and dark black, manifest the characteristic features of the KP350 and present an introverted and calm aesthetic taste. With its head bent forward, its body poised downward and tail slightly cocked, the KP350 seems like a dormant beast ready to hunt. 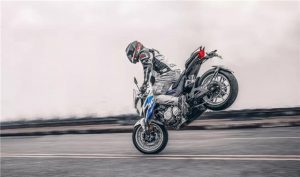 The six-speed, double-cylinder, water-cooled EFI DRF350 engine is independently developed by LIFAN, with the maximum measured power of 21kW/8500rpm, the maximum measured torque of 28.5N m/5500rpm, and top speed over135km/h. Through over 20 years of precipitation of LIFAN’s water-cooling technologies, the engine performance is stably excellent with durable and steady power output.

LIFAN KP350 is being imported in Pakistan by Rapid Rides and we will be sharing more as it lands in Pakistan.