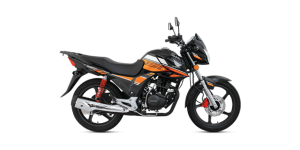 In recent past Atlas Honda increased prices of its machines, the prices have gone so high that the most basic Atlas Honda motorcycle now costs 95 thousand rupees but still despite all of that they have sold over 125,000 motorcycles last month.

According to a Honda Motorcycles dealer this sale figure is because of newly launched variants hype in the market and people are shifting from small cars to motorcycles for in city commutes.