Many folks were asking about the changes to be expected in 2022 Honda Pridor, well the wait is over and the new Pridor is here.Like always its a sticker job! 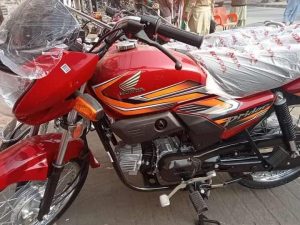 We really don’t need to worry about the changes that Honda does to it’s bikes because they’re only wrapped in a new graphic Everytime and despite being equipped with so much so called new changes they look the same!